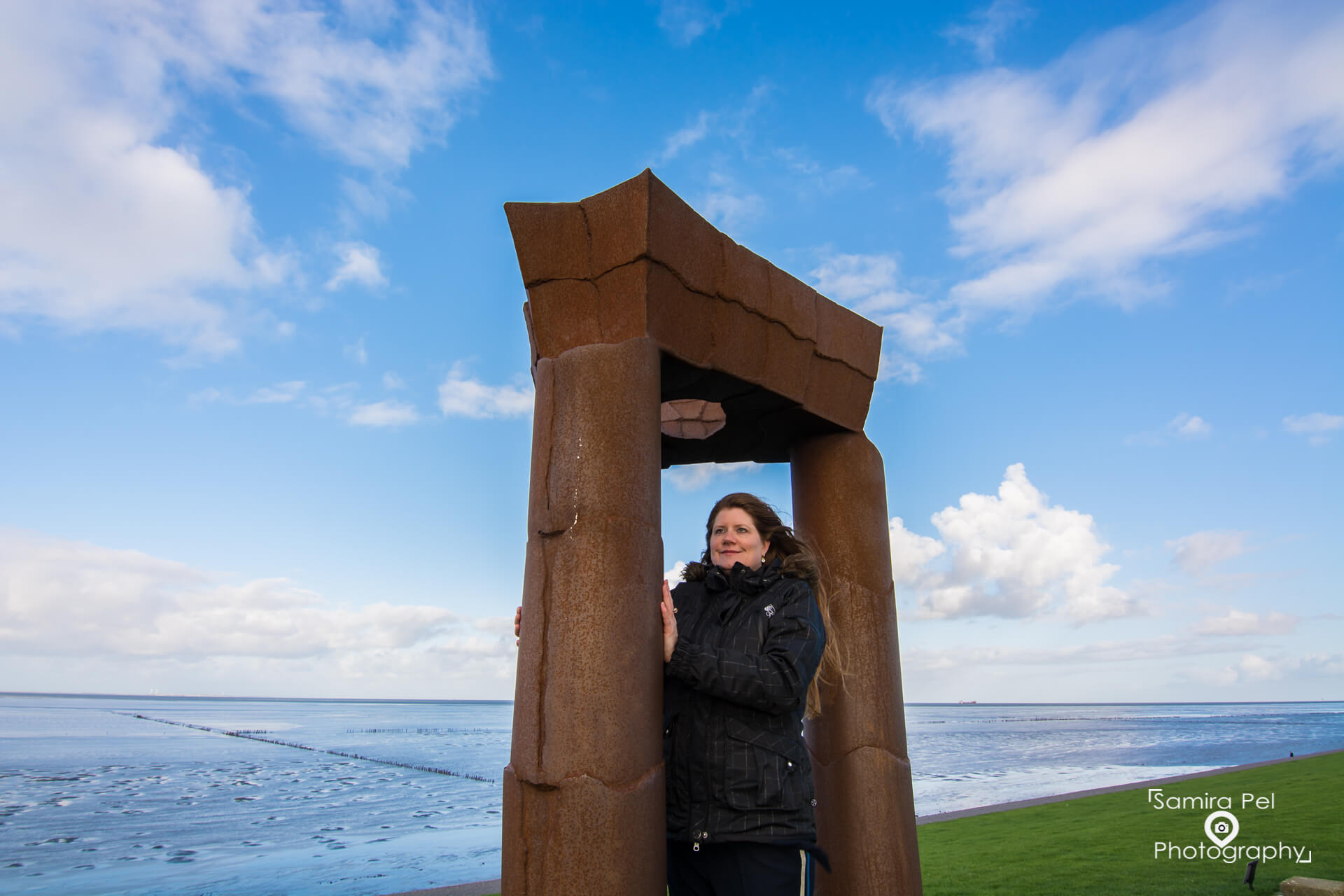 Wad to be seen in Groningen?

I will take you in this blog with our road trip to some of the greatest-to-go spots on the wadden coast in Groningen. I’ll give you tips on sights, which you can visit for free and where parking is also free. Wad to be seen in Groningen? If you like the nature and her silence, there are plenty of fun locations to discover in the north of the Netherlands. For me, it was a while since I left for the North. The reason for me now was to photograph the Milky Way in the Dark Sky Park in Groningen. Whether that worked out, you can read on.

Boe! I noticed that there are a lot of sheep in Groningen. In the Randstad you see a lot of cows, but in the High North of the Netherlands the sheeps really dominate. I don’t know why, but I noticed it. Not only have I seen many white sheeps, but also many different species like blackbles. Nice friendly animals are it!

I think Groningen is a bit like Scandinavia. Nature, lots of rural serinity, colorful special style houses, lesser light pollution and it has also fjords! Need I say more. Not so weird in itself, from the city of Groningen you can drive to Denmark within 5 hours.

Here you can still really experience the dark and enjoy the night bright sky.  The walhalla for astronomers, astrophotographers and other enthusiasts.

Discover the North Cape in Groningen

To my bucket list I have the North Cape, but in Norway. Currently, Swedish Lapland is the Northern most part I’ve ever been to. The feeling that you’re at the northernmost point of the world seems just cool to me. Did you know that we also have a North Cape in the Netherlands? The northern most tip of the mainland is located on the levee of the Emmapolder in the province of Groningen. On the levee of the Emmapolder. As a navigation address you can add: Middenweg, Eemshaven, but also via the village Uithuizermeeden you can reach the North Cape.

Through narrow polder roads you can see the windmills in the distance and the sea wall, then you know that you are good. The last part of the seawall to the Wadden Sea is only possible on foot or by bike. 1 Kilometer further on the seawall is a 2.5 meter high steel artwork “Poort Kaap Noord” by Groninger: René de Boer from Usquert. Many people called this artwork “The SkyGate”. You have an amazingly beautiful view over the sandplates to the Wadden Sea. When we were there it was half cloudy and clear weather. It’s wonderful to blow out on the levee back and forth through the sandplates along the Wadden Sea. The artwork also includes a bench, where you can sit with a look at infinity!

Three beautiful wierde villages and in a row, which lies west parallel along the seawall to the Wadden Sea. In the Netherlands, most people know the Frisian word terp. In Groningen they called this wierde. In the past you didn’t have any levees, but only wierden. Wierden are artificial hills made to stay dry at high tide. Most villages on the Wadden Sea have been created in this way.

If you drive past this village, you can’t miss the St. Mary’s Church. From far away you can see this church raising above the houses. Because of its white and blue color it is a special church, which you don’t see very often. The church was built in the middle of the 13th century and in the 18thcentury became the 48.5 meter high tower building. In the 19th century, the walls were plastered and got its neoclassical style.

In Groningen you can also find a lot of shell country houses. These are stone country houses built by the rich in the Middle Ages. These castles can be found on different estates. In this area you can visit Rensumaborg and Menkemaborg. Rensumaborg is a beautiful country house that originated around 1500. Menkemaborg is located in Uithuizen. This is a large estate with a beautifully landscaped garden with castle which is surrounded by a canal. This house is decorated and gives you an impression of how in the 18th century in this area was lived.

When you enter this village, you’ll see the church already raised on a weed. I noticed the special style of the houses. In Groningen there are also some mills, so are in this village. The corn and pel mill “Eva” dates back to 1800 and has the largest hood in Groningen. In addition, you can visit the Berlagehuis here. This is Usquert’s former town hall, which was used until 1990. Will Berlage be familiar to you? Most people know this Amsterdam architect of the Beurs van Berlage.

Warffum has the largest wierde in terms of size of The Netherlands. You can also visit the open-air museum Het Hoogeland in here. Get a clear view of the rural life of a hundred years ago. If you want to know more about history, this is a must. Only this museum costs money, but is not much. Adults pay € 8,- and children between 6 – 17 years € 3,50. Children under 6 years old have free access.

Instagram loves the Reitdiephaven. This place is visited by photographers to take beautiful pictures of the colorful houses at the marina. I also had this location on my photography bucketlist. In addition to visiting the city of Groningen, this is a nice location to visit. Why? You really feel like you’re here in Scandinavia. Do you like the colourful Copenhagen? Then this spot is really a greatest-to-go! The Reitdiephaven is a new piece of buildings from 2008, at the countryside of the city of Groningen. As the Groningers put it: “a marina with experience”. This marina is a beautiful home port for sailing yachts, sloops and motorcycle cruisers. From here you can sail to the Lauwersmeer and Wadden Sea area. At the marina there is a shopping centre with various shops and restaurants such as Taste & Flavor, where they cook global.

Experience the darkness, silence and find the stars in this beautiful nature reserve. In 2016, this area was officially declared toDark Sky Park. Very rare and amazing, because in The Netherlands there are few places that have no light pollution. In The Netherlands, the Afsluitdijk, Lauwersmeer, Terschelling and some Wadden Islands are the only place for some darkness. In addition to the Lauwersmeer, the Boschplaat in Terschelling has also been awarded the title. On the website of the NP Lauwersmeer you can find more information: https://www.np-lauwersmeer.nl/het-lauwersmeer/dark-sky-park/

Tips to photograph the Milky Way

My goal was to photograph the galaxy. From the summer months to October, the most likely is to see the galaxy. With early August as the best time. During these months, the galaxy is still above the horizon and is visible in darkness. Furthermore, there should be no moonlight, as this is also sharp light. Usually the moon shines at the least in the first days and at the end of the month. These are therefore beneficial moments to see the galaxy. The above points can be planned, but the local weather such as clouds and rain should not throw soot into the food.

When planning our visit, it was hard to say, what it was going to do again. A few days before departure, I checked the weather and different apps and it didn’t look good with a weather figure of a 3! A lot of clouds and rain were expected. But yes everything has already been booked, so you just go there in good luck. The first night it was very bad. The air was tight and it kept raining. Which isn’t good for your photo equipment either.

During the second evening it was already a little better. Joehoe we finally saw a beautiful black sky with sparkling stars, but later there was also a lot of clouds. In addition to a light-strong wide-angle objectie, location, timing, all sorts of apps and looking up is key. I managed to make a few shots. Only where the galaxy was most powerful was cloudcover. You can see the galaxy slightly and also a group of seven-seeted, some blue sparkling stars. Is it my best picture? No, but the experience in darkness is so beautiful to experience. And for a moment I thought I’d also seen the Northern Lights! Or maybe it was something else like lens flare. I recognized this because I experienced this beautiful natural phenomenon in Sweden and Iceland. But how unique is this to see in the Netherlands?!

This informative blog is a small selection of the beauty of The Wadden Sea area in Groningen. If you would like more information, please leave a message or contact me.

Are you a Convention organization or DMC and you also know a piece of the Netherlands which is beautiful to discover and what the attention should get, then you can email me at: samira@greatestlocation.com. 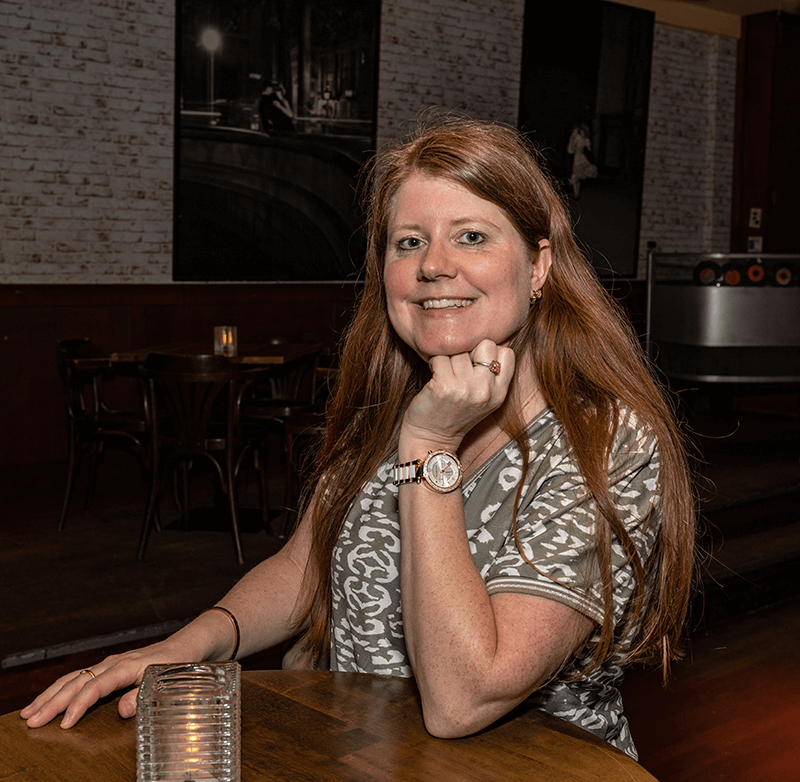